Read a selection of our WideTEK® 36ART reference projects and installations. If you would also like to be named as a reference, please send an e-mail with a few lines and some photos describing your application to our Marketing Team.

Docuvan, Image Access’ partner in Australia, has been traveling to galleries throughout Australia with the WideTEK® 36ART fine art scanner since 2019. In a conversation in early 2019 with the Public Galleries Association of Victoria (PGAV) and Creative Victoria about the WideTEK® 36ART scanner, Docuvan suggested renting the fine art scanner to smaller galleries so they could digitize their collections without having the expense of purchasing the scanner. 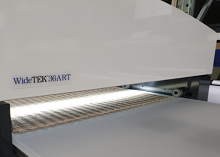 Artex, a leading manufacturer of fabrics for blinds, curtains and furniture, digitizes the entire product range for online presentation with the WideTEK® 36ART and its optional transparency unit. With its unique scanning method, the WideTEK® 36ART enables the customer to combine he backlight option with 3D mode, resulting in perfect digital copies, output in a time-saving manner with just one scan. The company uses this special feature to digitize fabrics and present them online via dealer platforms. As a result, customers benefit from the possibility of visualizing their desired interior design in a true-to-original environment, color and texture.

After collecting coin operated machines for 30 years, Peter Schneider, a local businessman, founded the AgraGames CoinopMuseum. The collection includes 1,500 coin operated machines dating from 1870 to 2007. With the support of the WideTEK 36ART, the museum has digitized the glass plate displays and various small parts of the machines. 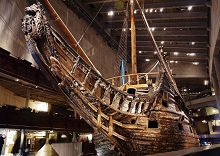 The ship Vasa capsized and sank before Stockholm on its maiden voyage in 1628 . After 333 years on the ocean´s floor, the imposing warship was salvaged and renovated, after which it began a new voyage. The Vasa Museum houses various exhibitions on the short but extensive history of Vasa ship. Drawings in the museum´s possession, of which are up to two meters long, were scanned for the digital archive using the WideTEK 36ART.

The Musée d´art et d´histoire has an extensive collection of various historical works. This impressive collection includes drawings, paintings, prints, historical books, archaeological finds and even pocket watches from various eras and in many styles. The WideTEK 36ART is used by the museum to digitize items for internal use and preservation.

The Palbric Art Foundation is both an archive and research institute founded by Michael Cukier in 2015 in Prague. The focus of the Palbric Art Foundation is on art and culture, representing the world´s largest collection of artwork by Milos Reindl. With the WideTEK® 36ART and its special 3D mode, the various paintings, sketches and drawings have been perfectly reproduced.

The Walentowski Galleries in Werl, Germany can look back on many years of experience and expertise in the art scene. Renowned German artists such as Udo Lindenberg or Otto Waalkes exhibit their pictures here; moreover, internationally acclaimed works by Miro, Chagall or Dali are also presented. In order to provide background information for vernissages and to promote the gallery, it is important for the Walentowski Galleries to digitize their large collection using the WideTEK® 36ART.

The Brandenburg State Archives in Potsdam has been using the WideTEK® 36ART since the end of 2017 to digitize and preserve material including historical references, medieval chronicles and documents from 4,200 archives throughout the state.

Priority Engineering is an Image Access reseller, based in Indianapolis, Indiana. In addition to scanning artworks, wall coverings for historic building refurbishment, auto panels for the racing industry; rare books and manuscripts, museum pieces and other historical three dimensional objects have also been digitized.

The New Jerusalem Museum´s collection includes more than 180,000 objects, including archaeological and ethnographic material, documents and photos, manuscripts, and other rare artifacts such as books, coins, weapons, as well as Russian and foreign works of art from various eras. The WideTEK® 36ART  was implemented to digitize and preserve this broad portfolio of historic art works and exhibits. Further installations of the WideTEK 36ART can be found in the State Archive of Astana and in the History & Art Museum of the city of Serpukhov.

IQTECH has been a partner of Image Access for more than two years. Based in Moscow, the company offers a wide variety of customers the opportunity to scan high quality art works with the WideTEK® 36ART with true color accuracy, at a high resolution and barely distinguishable from the original.

With more than 30 years of experience, Dorado Graphix in Jacksonville, Florida has always placed their focus on delivering products of the highest caliber, keeping in mind that meeting customer needs is a top priority. This also applies to their digitalization projects and customers with the WideTEK® 36ART.