Image Access spoke with Werner Claussnitzer, the president of XDOC, a company for business information technology and document management.  Mr. Claussnitzer had an interesting story to tell about his work with the large format scanners from two vendors: the Magnum G600 from Contex and the WideTEK 48 from Image Access. He presented Image Access a rare opportunity to compare both devices under real life working conditions – an opportunity we did not want to miss. In the interview with Holger Weeke und Jeanna Patzschke from Image Access, Werner Claussnitzer explained his experience working with both devices.

Jeanna Patzschke: Mr. Claussnitzer, what were the exact requirements of your client?

Werner Claussnitzer: The customer, a European manufacturer of textile machines, commissioned us to scan and to capture about 40,000 technical drawings in different formats up to DIN A0. The transparent documents, partially from the fifties, were to be scanned in black/white mode at 300 dpi. The goal was to reach the most readable results possible.

Jeanna Patzschke: Which devices did you use?

Werner Claussnitzer: For this contract, we acquired a large format scanner Magnum G600 from Contex with an additional LCS module (back-light unit) from the company Microbox. During the job, we were confronted with a number of technical problems and we realized that we would not finish our project in the preallotted time. Thereupon, I contacted your company and borrowed a WideTEK 48. All in all, we were engaged with the job about seven weeks, partially in two shifts.

Jeanna Patzschke: What were the special challenges of this project?

Werner Claussnitzer: Some drawings were more than a half a century old. Therefore, many of them were taped around the edges, to protect them against edge damage. Meanwhile, the tape had aged substantially and was coming off on several documents. During the scanning, the glass plate and the drive rolls became badly soiled. Also, the thickened edges caused problems for the paper transport on the Contex scanner: The paper could not be inserted far enough to start the drive. The reason is that the glass plate sticks out a little bit and hinders the paper feeder. Once we set the height adjustment to accommodate for the edges, the overall spacing between the rollers was too high to properly feed the paper.

Jeanna Patzschke: Both scanners are – according to technical data – almost identical, as far as the scanning speed in black/white mode is concerned. What differences did you notice while executing your job?

Werner Claussnitzer: Of course, I compared the document throughput of both scanners and I can say without a doubt that the WideTEK 48 is approximately 15-18 percent faster than the Magnum. In our sector, the scanning speed is – together with the scan quality – the critical success factor. We have to handle at least 100 large format scans in an hour to work profitably. It is a matter of money, because our contracts are paid in a lump sum. Aside from being slower, the Contex device began to squeal after short period of use, so that we had to oil the bearings on the feed rollers to make our work tolerable.

Jeanna Patzschke: Have you noticed any differences in the maintenance of the both devices?

Werner Claussnitzer:Because of the dust, we often had to clean the glass plate and document bearing surface on both devices. Unfortunately, normal glass cleaner removed the legend on the feed table of the Contex device after less than 1,000 scans.

Holger Weeke: The source document ruler on the WideTEK is covered by a transparent plastic layer, so the legend cannot be removed by glass cleaner. Also the document ruler is positioned above the document bearing surface, outside the area that should be occasionally cleaned.

Jeanna Patzschke:The Contex scanner is a device for scanning up to 54 inches in width, WideTEK 48, however, has only a maximum scanning width of 48 inches. Did you have any difficulties with that?

Werner Claussnitzer:The popular opinion in the large format sector is: It is better to buy a larger scanner model and to feed documents with the wide side, because it saves time. In my experience however; it is more effective to use a smaller scanner model and to scan with the narrow side. Feeding the paper is easier using the narrow side, especially if documents have been rolled up.

Jeanna Patzschke:Most of the documents you scanned were transparent drawings. You bought an additional backlight unit for that purpose. WideTEK 48 works simply with a white backplate. What benefits and disadvantages did you seen in this particular case?

Werner Claussnitzer:The LCS module from the company Microbox allows a number of brightness adjustments. Together with the standard scanner settings such as brightness and contrast, it is very complicated to reach an optimal result in an adequate time. For single scans you might reach very good results. In my project, however, the operators had to try too many settings and it was complicated and time-consuming. For scanning service providers, it is not feasible. We did not have any difficulties with the white backplate on the WideTEK 48. I think the reason is the better binarization algorithm of the WideTEK. Here we had to change the brightness settings only about ten percent – meaning either five percent brighter or darker than the average, and we achieved very good scanning results in nearly 100 percent of the documents.

Jeanna Patzschke:Would you say the white backplate is absolutely enough for transparent documents – even if they are older than 50 years?

Werner Claussnitzer:Sure, and if I also include the cost factor, the whole thing will be even clearer: The list price of the LCS back-light unit is about 7,000 Euros, while the white backplate for the WideTEK costs less than 200 Euros.

Jeanna Patzschke:If you summarize your impressions – what advantages did the WideTEK 48 have over the Magnum G600?

Werner Claussnitzer:I want to stress three points. First, the handling: The WideTEK is easier in operation. Secondly, the performance: WideTEK has a higher scanning speed and document throughput. Finally, the scan quality: To document this statement I will simply show you some scan results that were made with both devices.

Jeanna Patzschke:Mr. Claussnitzer, thank you very much for the interview. We wish you success for all future projects.

Example of the scan result:

The original drawing (a 24 bit scan) 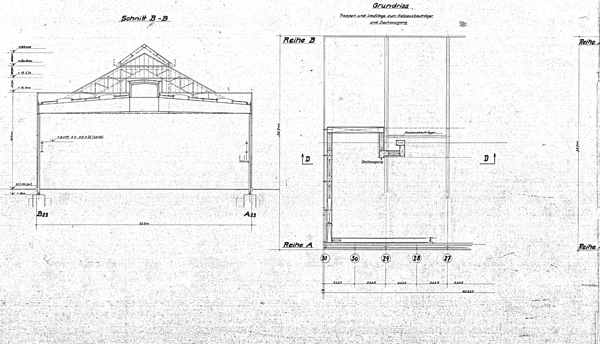 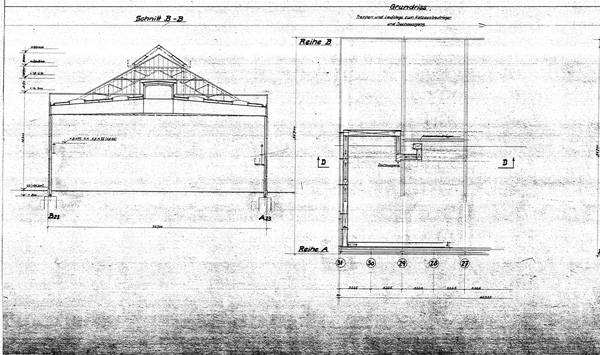 Scan result with the Magnum G600 from Contex with LCS module